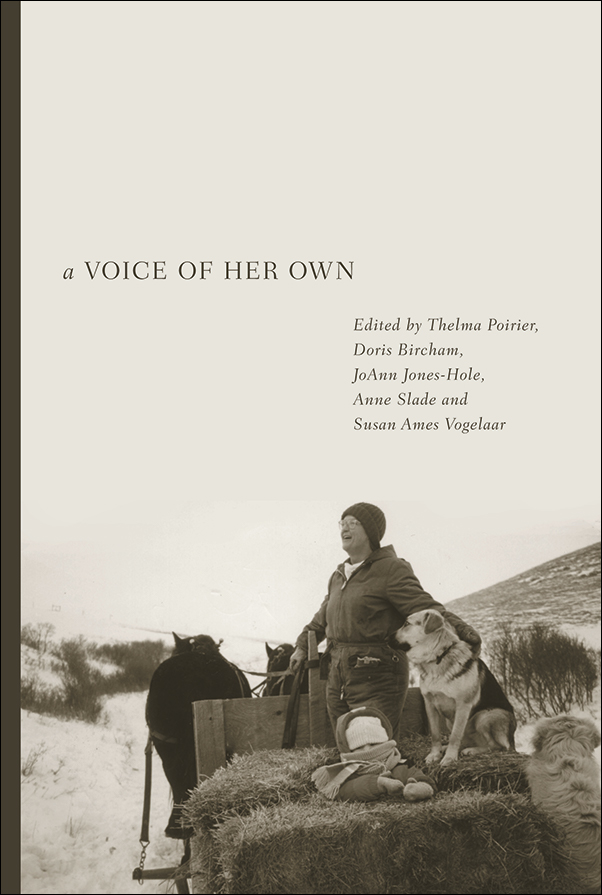 A Voice of Her Own

Western Canadian ranch women, ranging in age from their teens to their nineties, share their experiences, their successes, and their hardships in their own words, demonstrating the essential role women have always placed in Canadian ranching.

A Voice of Her Own profiles fifty-two ranch women from Western Canada. With this book, the editors have brought to light a little-discussed aspect of ranching: the valuable contributions of women in an industry traditionally thought of as the domain of men.

These women range in age from their teens to their nineties, and across three provinces, but they have in common a deep commitment to the land, to their families and communities, and to the ranching way of life. To them, the ranch means many things; it is a business, a home, and a place to raise their children.

In their own words, ranching women share their experiences, their successes, and their hardships and clearly demonstrate the important role women have played, and continue to play, in the history and economy of the ranching industry in Canada.

Thelma Poirier grew up on a ranch twelve miles south of Far Mountain, Saskatchewan. She is the editor of four ranch books, including Beyond the Range, and Wood Mountain Uplands.

Doris Bircham was born in Maple Creek, Saskatchewan, and grew up in the Cypress Hills. Along with a career in nursing, Doris organized the Maple Creek Cowboy Poetry Gathering, taught First Aid, CPR, and worked with Saskatchewan Home Care.

JoAnn Jones-Hole hails from Calgary. Her writing has appeared in Tapetstry and Cowgirls: 100 Years of Writing the Range.

Anne Slade is the author of Denim, Felt & Leather, and the co-author of Pastures, Ponies & Pals.

Susan A. Vogelaar is an instructor at Lethbridge Community College and a cattle producer east of Pincher Creek, Alberta.

Praise for A Voice of Her Own

Some of the contributors here are very young and ambitious, while others are older but still ambitious, including some in their 90s. What they also share is a deep commitment to their work, the ranch tradition, their families and their rural communities. Many are concerned about whether theirs will be the last generation of independent ranchers on their plains and foothills, and whether their efforts, which appear to be never-ending and rigorous, will be enough to even keep their families on the ranch in the next year. Although the narratives focus on the women, it is clear they are convinced keeping the ranch involves working as a team, keeping the faith with their kith and kin, and getting everything done even if they rarely sleep or even have a few moments to themselves