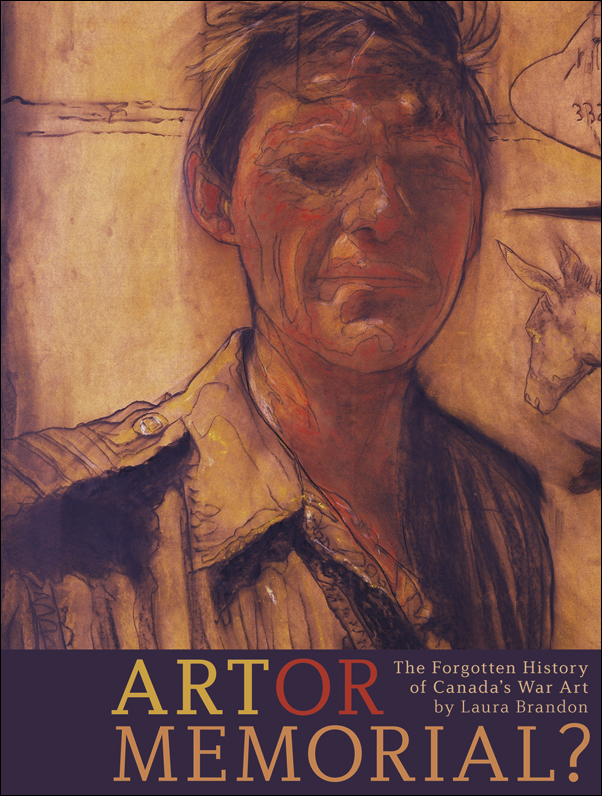 Art or Memorial?: The Forgotten History of Canada's War Art

A thoughtful and considered examination of official Canadian War Art as a tool of memory and commemoration, as a record of war, and in the collective minds and remembrances of the nation.

The Canadian War Museum possesses one of the finest twentieth-century official war art collections in the world. Until relatively recently, however, the collection has received limited public attention. In Art or Memorial? author Laura Brandon explores some of the reasons why this may have been the case.

At various times throughout its history, the war art collection has receded from and re-emerged in the nation’s collective consciousness. Nevertheless, as an invaluable part of the official record of war in Canada, it is profoundly significant. Brandon argues that the value of the collection lies less in its artistic merit and more in its role as a site of memory.

Art or Memorial? seeks to illuminate Canadian war art’s sometimes-hidden presence in the nation’s memory and to show, through both its presence and its absence, how it helped to shape, and will continue to influence, how we remember as a nation.

Laura Brandon is the Curator of War Art at the Canadian War Museum in Ottawa. She has written extensively on war art and Canadian art history. Peg by Herself, her groundbreaking biography of war artist Pegi Nicol MacLeod, was published in 2005 and her award-winning exhibition, Canvas of War, toured Canada from 2000-2004.

Praise for Art or Memorial?:

A valuable contribution to our understanding of an important part of Canadian history.

A welcome contribution to the debate regarding memory and violence in Canada. With its large format and many illustrations, the book becomes another site for the kind of meaning making—aesthetic or commemorative—Brandon has set out to examine.