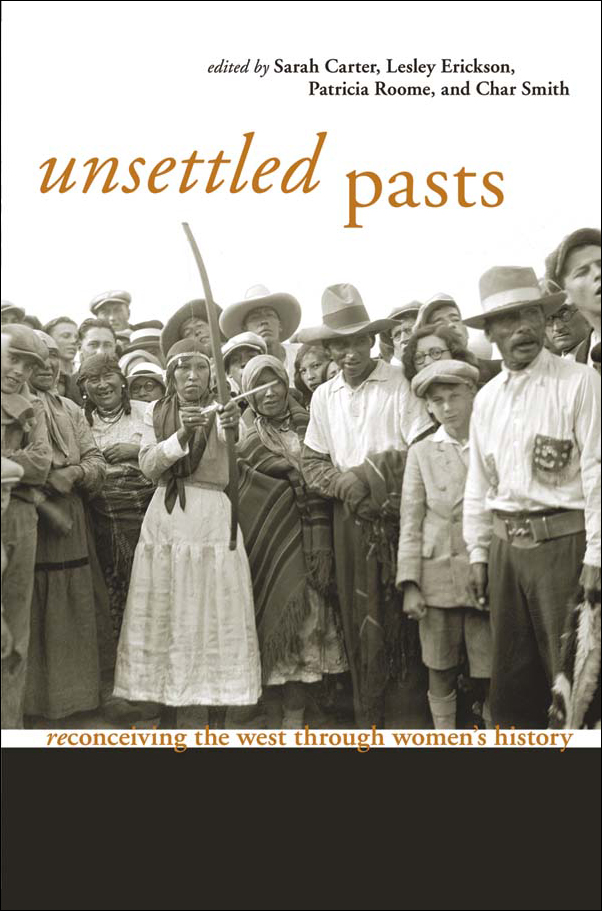 An interdisciplinary offering of the most innovative approaches to Western Canadian Women’s History, complicating traditional narratives and contesting historical generalizations.

The mythology of Western Canada is dominated by male images: the fur trader, the Mountie, the missionary, the miner, the cowboy, the politician, the Chief. Unsettled Pasts re-examines the West through women’s eyes, bringing together contributions from researchers, scholars, academics, and community activists to create dialogues that cross geographic, cultural, and disciplinary boundaries.

Ranging from scholarly essays to poetry, this collection offers today’s most innovative approaches to Western Canadian women’s history. Unsettled Pasts complicates traditional narratives of the West by contesting historical generalizations, transcending the myths and frontier legacies that emerged from imperial and masculine priorities and perspectives.

Sarah Carter is the Henry Marshall Tory Chair Professor of History at the University of Alberta. She has written extensively in the areas of women’s, aboriginal, and Western history.

Lesley Erickson holds a doctorate in history from the University of Calgary. Her research interests include women’s and gender history, western Canadian history, and the history of crime and punishment.

Patricia Roome is a member of the Humanities Department at Mount Royal University, where she teaches history and women’s studies.

With its postcolonial and intersectional feminist analyses of the past and its underlying commitment to social justice in the present, Unsettled Pasts is a meaningful contribution to the field of women’s history in Canada.

The book, with its new research, makes a valuable contribution to the literature on women, their history, and their lived experiences in western Canada.