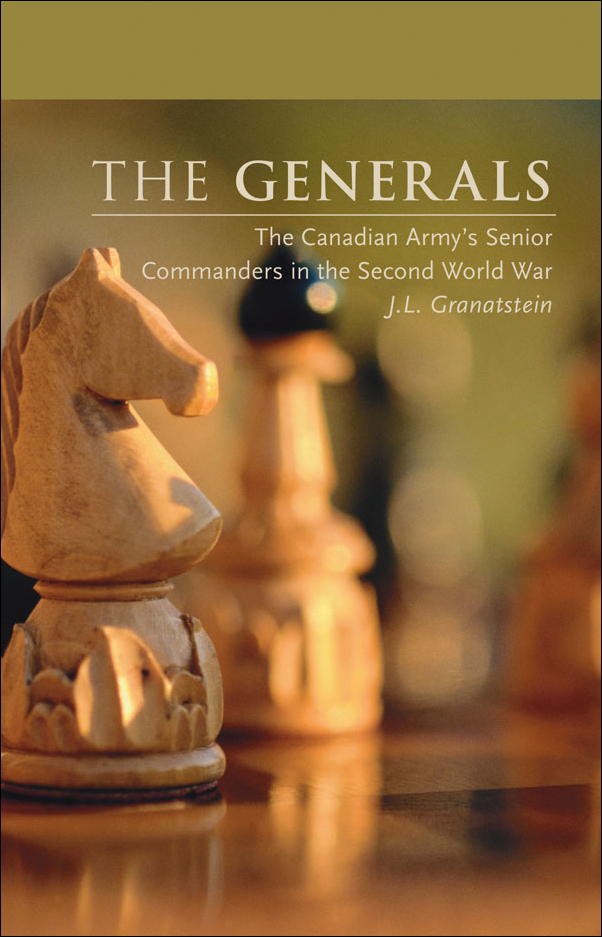 The Generals: The Canadian Army's Senior Commanders in the Second World War

A classic of military history and winner of the Dafoe Prize for International Relations and the UBC Medal for Canadian biography The Generals is a penetrating account of the people who led the Canadian army through the Second World War.

Who are the people who led Canada’s armies through the Second World War? Where did they come from? What institutions shaped them, and their understanding of military professionalism and leadership? How and why did they rise to power? Why did some succeed and others fail?

The Generals is a collective biography of the Canadian army’s leaders during World War II. The only book of its kind on the subject, it examines the lives, careers, and effectiveness of Canadian army generals, touching on the role of personality in leadership, on army politics, on dealings with politicians and on Canadian soldiers relations with their allies, particularly the British.

Although a history of leadership, The Generals is not a hagiography, but rather a penetrating account of real, often flawed, people working in exceptional circumstances with the resources at hand. Originally published in 1993, this new edition features an introduction by Dr. David J. Bercuson, Director of the Centre for Military and Strategic Studies at the University of Calgary.

J.L. Granatstein has established himself as the pre-eminent authority on the history of the Canadian military. He has published extensively in such areas as defence and foreign policy, Canadian-American relations, politics, and the public service. He is an Officer of the Order of Canada.

Praise for The Generals

This is military history at its best.

The Generals is a classic of Canadian military history and will long occupy shelf and store space as a seminal study of Canadian army leadership in the Second World War.