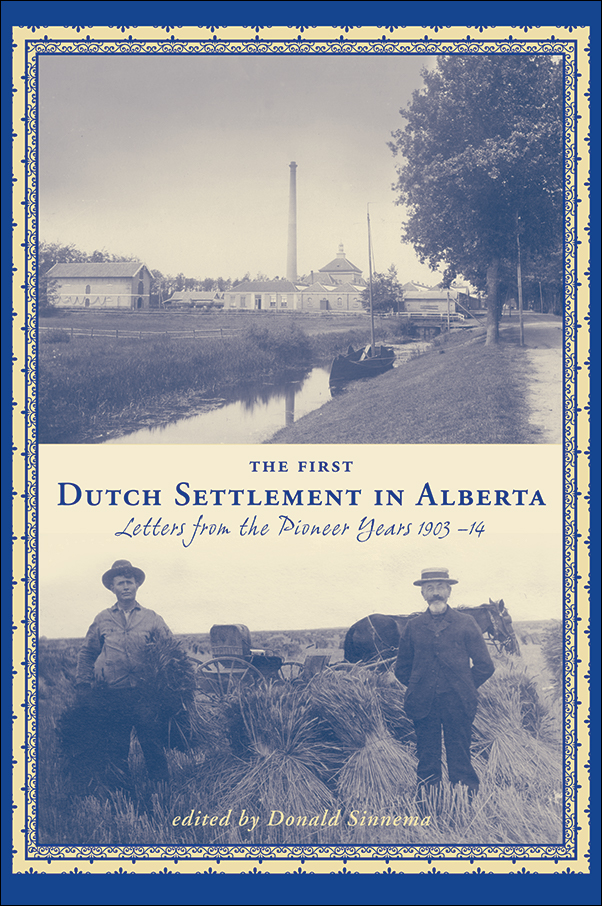 The First Dutch Settlement in Alberta: Letters from the Pioneer Years, 1903-14

Edited and Translated by Donald Sinnema

The story of Dutch settlement in Alberta is told in the settler’s own words in a collection of letters that provide a first-person account of immigration, hardship, and the transformation from homestead to community.

Translated from Dutch to English, this collection of letters offers a unique, first-hand perspective on the early years of the Dutch community in southeastern Alberta.

A fascinating primary source, these letters provide accounts of the preparations to immigrate, the hardships of the pioneer years, and the transformation from the most basic homesteading conditions to progressive rural communities including Granum, Monarh, and Nobleford. These letters trace a period of rapid change, as new railroads, towns, churches, schools, and even telephone service was established.

Including maps, archival photographs, and an appendix listing all Dutch settlers in the region between 1903 and 1914, The First Dutch Settlement in Alberta is an invaluable and fascinating collection of primary source material that offers a wealth of information for genealogists and historians, and celebrates the pioneering spirit of Alberta’s early Dutch community.

Donald Sinnema earned his PhD in historical theology from St. Michael’s College at the University of Toronto and is currently a professor of theology at Trinity Christian College in Illinois.

Praise for The First Dutch Settlement in Alberta

This book, which weaves further threads into the multi-faced tapestry of migration studies, should be welcomed by historians and genealogists alike. Donald Sinnema’s straightforward, jargon-free prose helpfully illuminates the wider context of Dutch emigration to the prairies, turning the spotlight on an era that has been largely ignored by scholars in favour of the post-1945 wave of Dutch immigration. The letters themselves bring to vibrant life the frustrations, achievements and everyday lives of pioneers in early twentieth-century Canada, tracing the development of the Alberta settlement from primitive homesteading to the establishment of a thriving rural community, and incorporating a distinctly Dutch perspective on pioneer life.