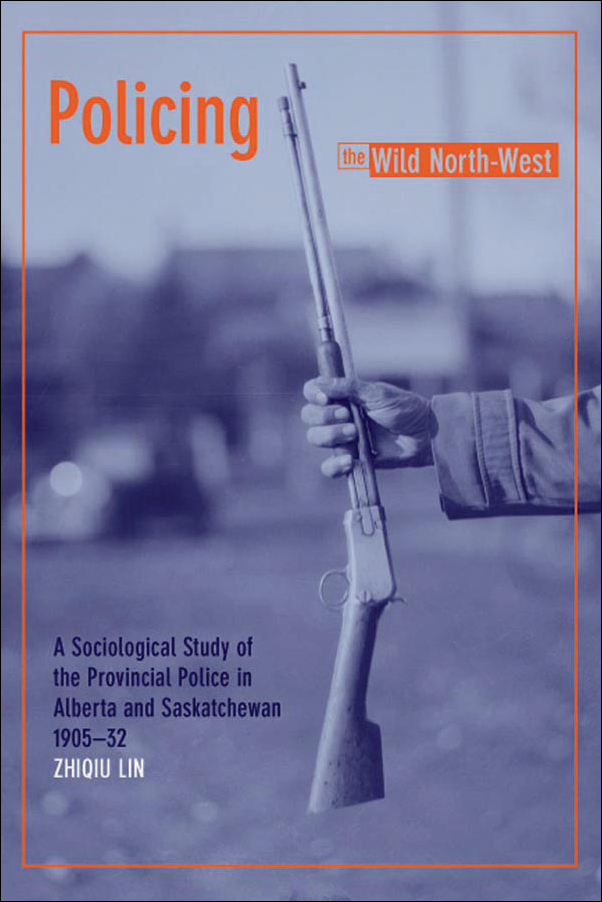 Policing the Wild North-West: A Sociological Study of the Provincial Police in Alberta and Saskatchewan, 1905-32

In Policing the Wild North-West, the first comprehensive social history of provincial police in western Canada between 1905 and 1932, Zhiqiu Lin investigates the complex relationship between the role of policing, the political sphere, and social progress.

Policing the Wild North-west analyzes the effects of social phenomena—from political radicals and vagrants to prohibition bootleggers and black market profiteers—on provincial police in Alberta and Saskatchewan. These factors placed enormous demands on the development of policing and had a significant impact on specific and interrelated areas including the professionalization of police organizations within society, the shifting focus of policing, and the impact of policing on rates of crime.

This book explores the impacts of changing policing technology and varying political agendas on police organizations and traces the shift of focus away from the “dangerous classes” and social agitators towards the rigorous investigative procedures required for solving serious crime. It assesses the role of police offices as agents of social change, and of the value of social service in strengthening community and reducing the motivation towards criminal activity.

Finally, Policing the Wild North-west examines of the transition between federal and provincial responsibilities for policing in the two provinces, the reasons for the disbandment of the provincial police forces, and the broader issues of police development and the rationalization of policing in modern society.

Zhiqiu Lin is an Associate Professor in the Department of Sociology and Anthropology at Carleton University. His areas of expertise include policing and crime, legal development in China, and quantitative data analysis.

Praise for Policing the Wild North-West

Lin chronicles . . . important sociological trends on the prairies during the early period of full provincial status.