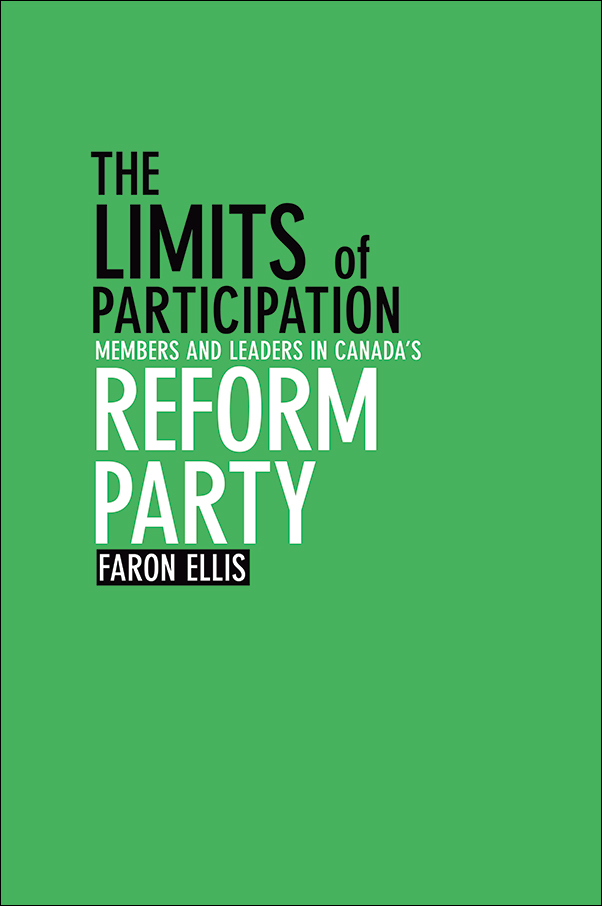 The Limits of Participation: Members and Leaders in Canada's Reform Party

A rich account of the Canadian Reform Party, its development and struggles to build an organization capable of bridging policy demands and strategic plans, and a fascinating inside look at internal party democracy.

The Limits of Participation provides an historical account of the Canadian Reform Party, which shattered the established pattern of Canadian party politics in the late twentieth century.

Faron Ellis provides an analysis of the party’s development as it struggled to build an organization capable of bridging the policy demands of its members with the strategic plans of its leaders. The book examines the party from the perspective of its members by focusing on the opinion structure of activists who helped found Reform, build it into Canada’s official opposition, and eventually decommission it in pursuit of power.

Faron Ellis teaches political science and history at Lethbridge College, where he also acts as director of the Citizen Society Research Lab. A specialist in Canadian government, he has written extensively on the subjects of political history, political parties, and the election process.

Praise for The Limits of Participation

Ellis provides a useful corrective to previous views of Reform’s membership as merely passive adherents of their leader’s pronouncements.

The book provides an empirically rich account of key elements of the party’s history and a useful reality check on ‘the limits of participation’ – the gap between the rhetoric of populist parties and the realpolitik of Canadian politics.