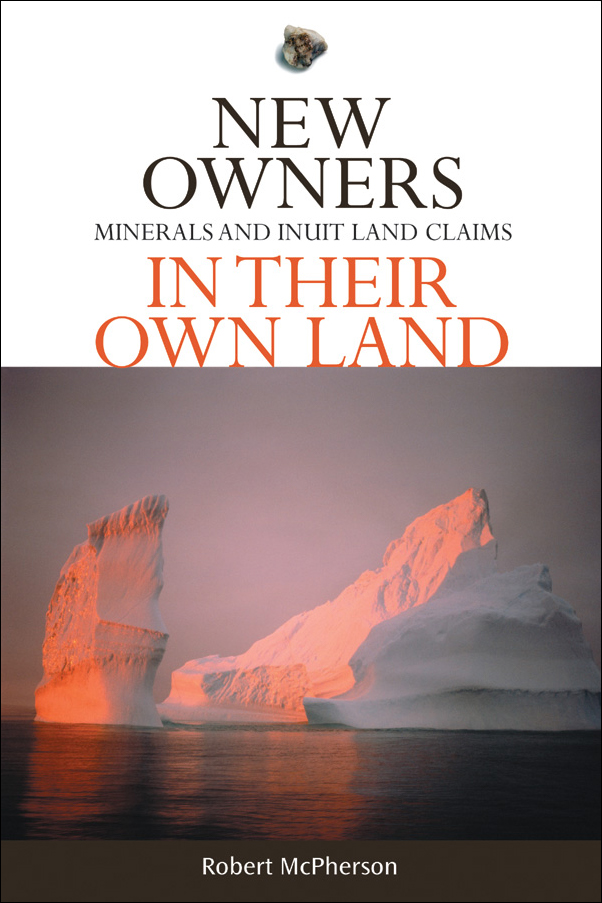 New Owners in Their Own Land: Minerals and Inuit Land Claims

New Owners in their Own Land is a well-researched treatment of the institutional, political, and personal conflicts that guided the process of Nunavut land claim negotiations.

Robert McPherson carefully considers the connection between resource development stemming from the days of oil and gas exploration in the Arctic in the 1960s and the Inuit’s ensuing battle for self-determination. He outlines the federal government’s “business-as-usual” tactic in pushing exploration further north onto Inuit territory and sheds light on exactly how the precedent-settling agreement was achieved whereby the Inuit managed to become owners of the mineral claims on their own land.

New Owners in Their Own Land discusses the prolonged, historical dispute over the land selection process with respect to subsurface rights within Nunavut using existing research, interviews, and personal diaries. The author’s personal account of his involvement as a mineral consultant for the Inuit negotiators provides a rare and unique perspective on Inuit self-determination and exploration history in the North.

Robert McPherson is a research associate with the Arctic Institute of North America.

Praise for New Owners in Their Own Land

A “must read” for explorationists and history buffs.

Provides much factual detail on highly significant events in the recent history of resource exploitation and Inuit rights within the North.