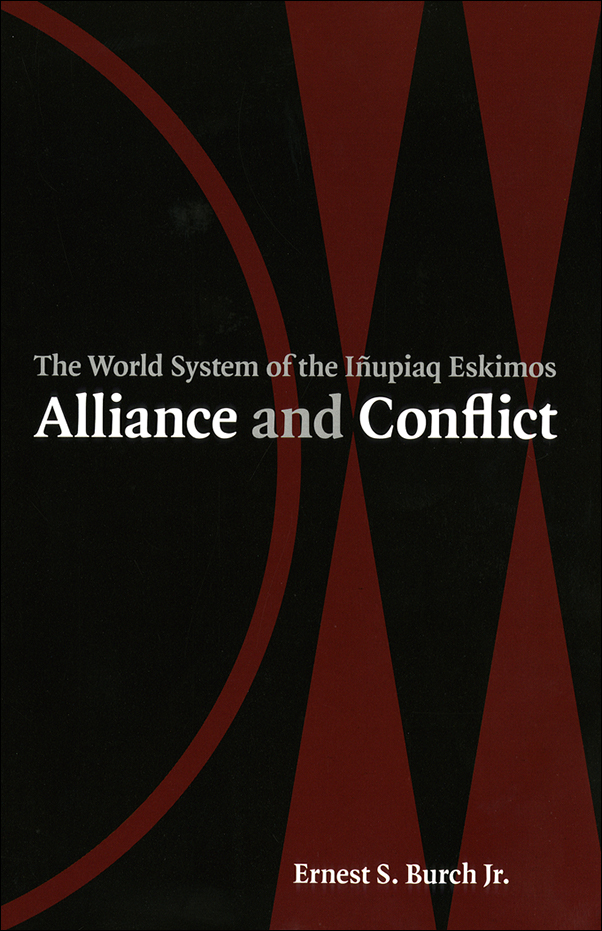 Alliance and Conflict: The World System of the Inupiaq Eskimos

A detailed study of inter-societal Iñupiq relations based heavily on interviews with Indigenous scholars.

Alliance and Conflict combines a richly descriptive study of inter–societal relations in early nineteenth–century Northwest Alaska with a bold theoretical treatise on the structure of the world system as it might have been in ancient times. Basing his account on interviews with Indigenous historians, observations made by early Western explorers, and archeological research, Ernest S. Burch Jr. illuminates one aspect of the traditional lives of the Iñupiaq in unparalleled detail and depth.

Bruch describes the social boundaries and geographic borders of Northwest Alaska and the various type of transactions that took place across them. These ranged from violence of the most brutal sort to relations of peace and friendship. Burch argues that the international system described here approximated, in many respects, the type of system that existed across the world prior to the development of agriculture. Based on that assumption, he presents a series of hypothesis about what the world system may have been like when it consisted entirely of hunter–gatherer societies, and about how it became centralized.

Accounts of specific people, places, and events add an immediate, experiential dimension to Alliance & Conflict, complementing its theoretical apparatus and its sweeping theoretical scope. Provocative and comprehensive, this is a definitive look at the greater world of the Indigenous peoples of Northwest Alaska.

Ernest S. Burch is a research associate in the Arctic Studies Centre, Smithsonian Institution. His is the author of The Inupiaq Eskimo Nations of Northwest Alaska and co-editor or Key Issues in Hunter-Gatherer Research.

Praise for Alliance and Conflict:

The author’s use of oral histories and stories to reconstruct the world system of Iñupiaq nations prior to contact with Europeans is masterful . . . a fascinating and bold account of alliance and conflict in early contact Alaska, and an idea of how the world may have looked before the development of food production. Impeccable scholarship is displayed throughout.