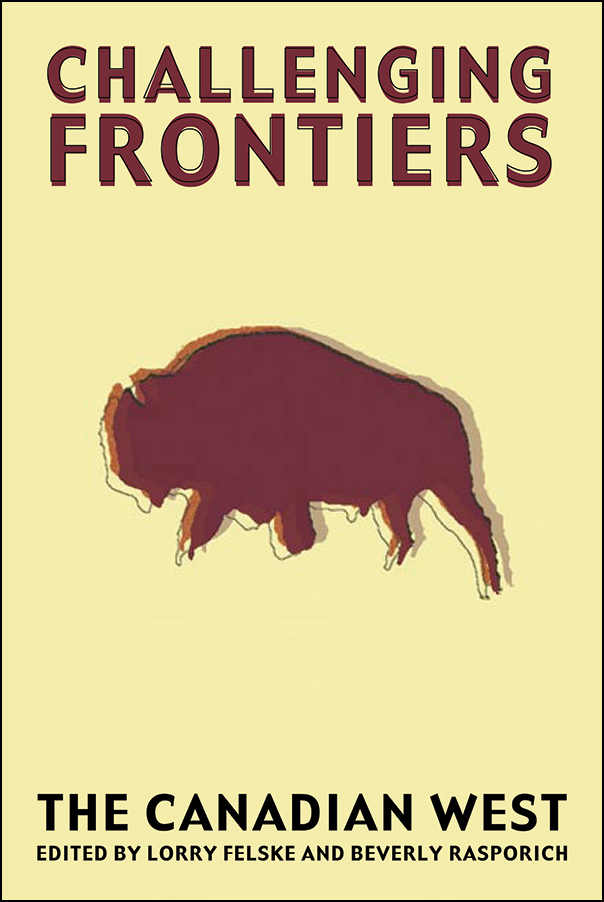 What is the West? Through critical essays and creative writing, this collection explores the ways the Canadian West has been conceived and created as a cultural place and what it means to be a westerner today.

The frontier reality of confronting new conditions, adapting cultural inclinations, and dealing with a volatile environment in an effort to establish and nurture new communities is central to the western Canadian experience. It has shaped many aspects of our heritage, and it is within that context the essays assembled here strive to identify and critique the impact of the frontier on our region, culture, and society.

Challenging Frontiers: The Canadian West is a multidisciplinary study using critical essays as well as creative writing to explore the conceptions of the “West,” both past and present. Considering topics such as ranching, immigration, art and architecture, as well as globalization and the spread of technology, these articles inform the reader of the historical frontier and its mythology, while also challenging and reassessing conventional analysis.

With a comprehensive introduction to situate the geographic and cultural boundaries of the western frontier, this collection is a must for anyone interested in uncovering what it means to be a westerner and how the new frontier has influenced every part of our society.

Lorry Felske is an assistant professor in the Department of Communication and Culture at the University of Calgary. He has written numerous articles and acts as an historical consultant to many different groups and societies.

Beverly Rasporich has written many articles on Canadian arts and culture, Native art and literature, Canadian humour, ethnicity, and multiculturalism. She is author of Dance of the Sexes: Art and Gender in the Fiction of Alice Munro and Magic Off Main: The Art of Esther Warkov.

Challenging Frontiers lives up to its title in challenging the monochromatic definition of “frontier” that has played across most of western North American “frontier theory.”

What makes this collection fresh is its emphasis on connections between past and present communities in the Canadian West.