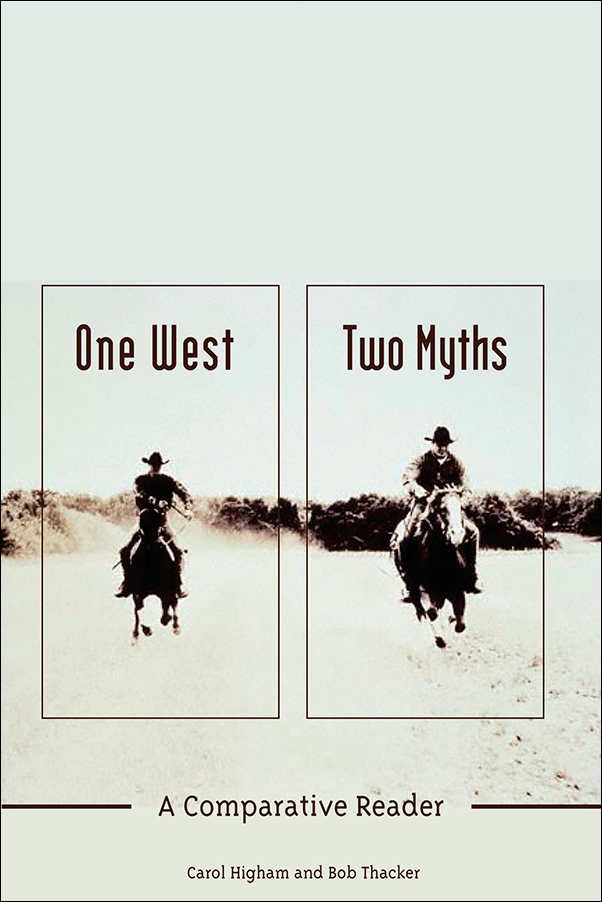 An introduction to the comparative approach to historical study, this reader explores the importance, problems, and results of comparing the Canadian and American Wests.

What comes to mind when we think of the Old West? Often, our conceptions are accompanied by as much mythology and mystique as fact or truth. What are the differences in how the Canadian and American Wests are perceived? Did they develop differently or are they just perceived differently? How do our conceptions influence our perceptions?

This reader explores the problems, importance, and results of comparing the Canadian and American Wests, critically examining how we conceptualize the history and development of the West and how that influences our perceptions. This volume provides an excellent introduction to this burgeoning area of study as it endeavours to engage the imaginations of those who are new to the subject.

Carol L. Higham is a visiting assistant professor of history at the University of North Carolina, Charlotte.

Praise for One West, Two Myths

A solid introduction to the comparative approach to historical study.

A welcome addition to the literature.

The strong continuity and the individual quality of the essays means that this volume adds meaningfully to our understanding of this important period in history.