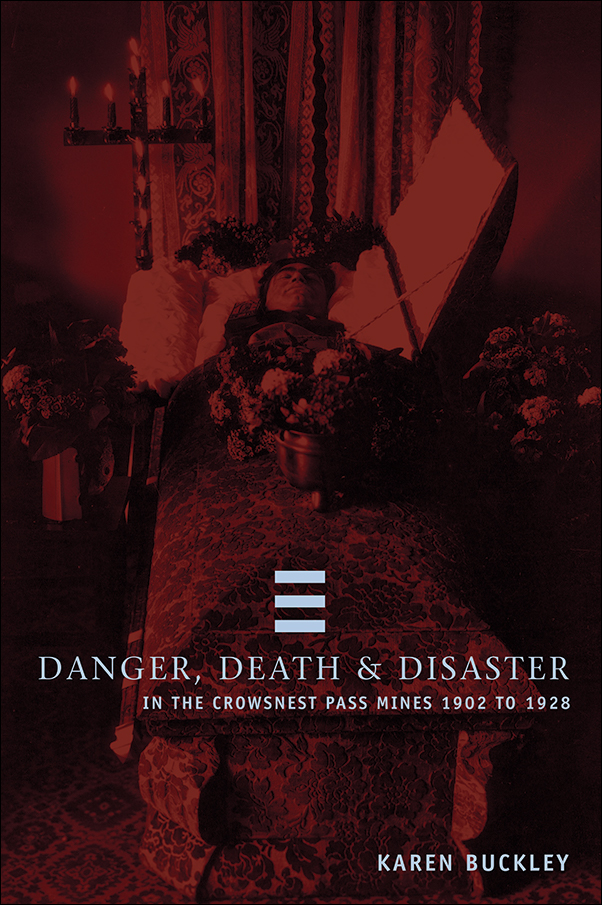 The Crowsnest Pass is most famous for the tragic rock slide at Frank in 1903 when 110 million tones of rock crashed down upon the town. It is nearly as famous for the many coal-mining tragedies that occurred the region in the early twentieth century, from the Hillcrest Mine Disaster—the worst coal mining accident in Canada—to the Bellvue Mine Explosion to the many individual tragedies that afflicted the communities of the Crowsnest.

The discovery of a rich coal deposit created an economic boom and a spike in population in the Crowsnest Pass in the early twentieth century as miners and their families flocked to the region. However, difficult work in rugged, often dangerous conditions, came with the continuous risk of disaster and death.

Using original source material including folk songs, oral histories, and grave markers, Karen Buckly carefully examines the various calamities that have affected the Crowsnest Pass, considering their lasting impacts on their victims and the wider community. Buckly vividly portrays the psychological and sociological features of individual and collective responses to death and danger, providing a unique picture of mining communities that is as true today as a century ago.

The work of an assiduous researcher who ferrets out interesting snippets of life and death in the Pass.

Karen Buckley makes us imagine living with the fear of death on the job that faced coal-miners every day . . . provides many valuable insights.

This book provides illuminating detail . . . it is an important chronicle of the towns and the region.