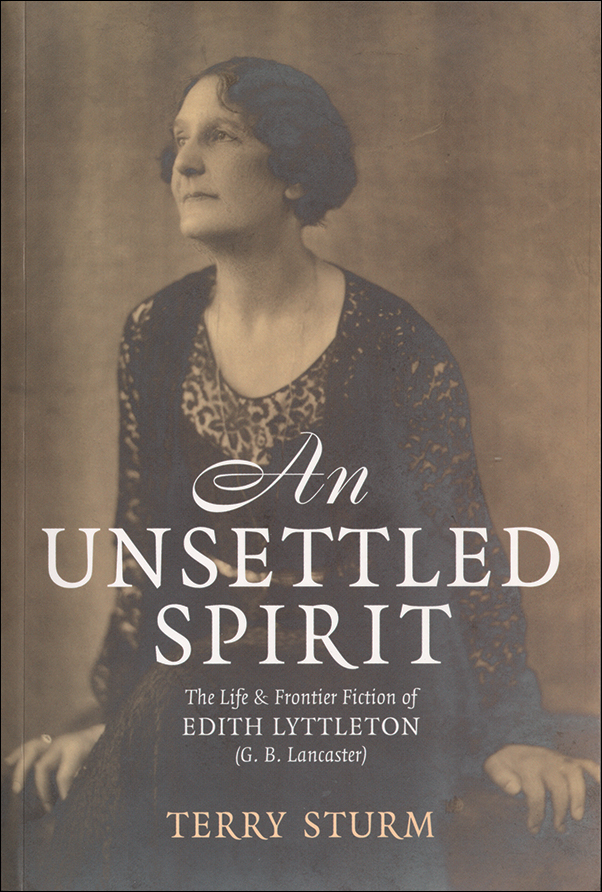 An Unsettled Spirit: The Life and Frontier Fiction of Edith Lyttleton (G.B. Lancaster) 1873-1945

Edith Lyttleton, writing under the name G.B. Lancaster, wrote over a dozen stories novels and more than two hundred short stories. This is a fascinating account of her life, and of the challenges she overcame to achieve a brilliant writing career.

Under the name of G.B. Lancaster, Edith Lyttleton wrote over a dozen novels and some 250 short stories, mostly narratives of romance and adventure set in the remote back country of New Zealand, Australia, and Canada. She was New Zealand’s most widely read author overseas in the first half of the twentieth century, reaching millions of readers.

Writing first from her family’s Canterbury sheep station, in the face of fierce parental opposition, she later travelled widely, researching her stories in the Yukon, Nova Scotia, and Tasmania. This book is a fascinating account of the harsh experience of a gifted woman writer forced to earn her own living but struggling to move beyond the limits of potboilers to more serious work.

Terry Sturm is a Professor of English at the University of Auckland who has published widely on New Zealand and Australian Literature. He is the General Editor of The Oxford History of New Zealand Literature.

Praise for An Unsettled Spirit

Sturm has done a wonderful job. This book is packed full of detail about Edith Lyttleton, who wrote under the pen name G B Lancaster. Her family, her truly appalling mother . . . her brilliant career as an author, her travels and her publishing history. It is also a wonderful gender history and work of book history.