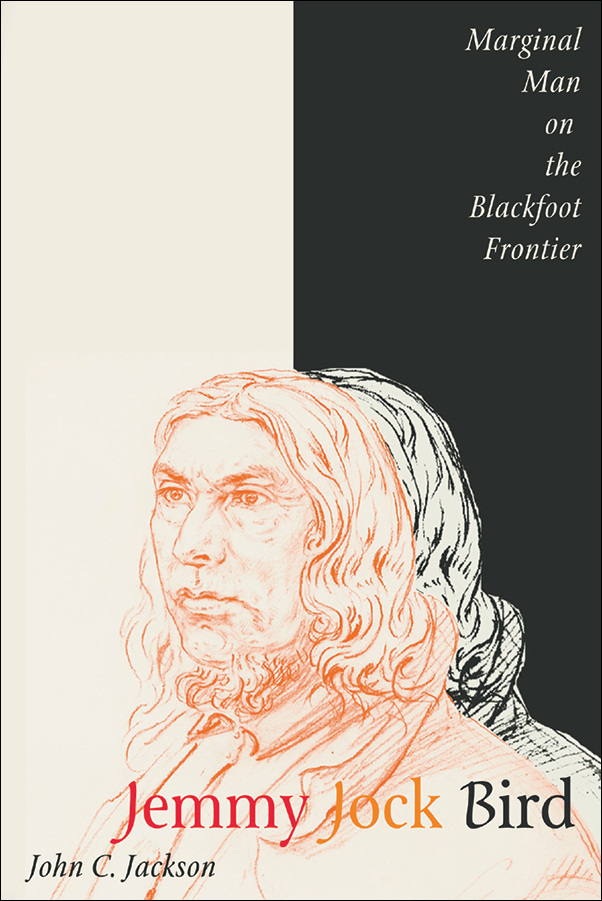 Interpreter, trader, and undercover agent, Jemmy Jock Bird had an adventurous, international career that left a lasting impact on both Western Canadian history and the mythology of the mountain men of the west.

Jemmy Jock Bird, the son of a Cree woman and an English trader employed by the Hudson’s Bay Company, has become part of the mythology of the mountain man era. Investigative historian John C. Jackson meticulously reconstructs the life of this intriguing individual who was caught between opposing sides of a dual Métis heritage.

Closely identified with the Cree and the Peigan, Bird’s trading activities and undercover work as a “confidential servant” of the Hudson’s Bay Company during the competitive period of the fur trade are explored using materials from the Hudson’s Bay Company Archives, the Montana Historical Society, and Bird’s descendants living on the American Blackfeet Reserve in Browning.

As an interpreter, Bird was later instrumental in negotiating the 1855 Blackfoot peace treaty and the 1877 Canadian Treaty 7. Jackson steeps himself in the sparse documentation of the fur trade era to shed some much-needed light on Jemmy Jock Bird’s adventurous career&mdashplone that straddled the international borders of the northern plains and mountain west and touched upon many aspects of western development.

John C. Jackson has worked as an investigative historian assembling data and background on numerous historical figures that have been overlooked by conventional history for over twenty-five years. He has published widely on Indigenous history.