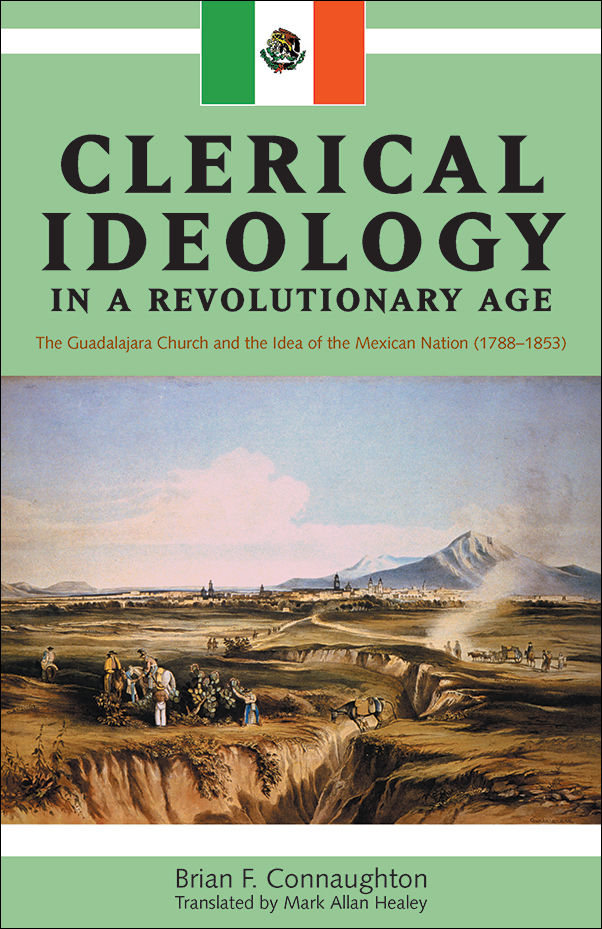 Clerical Ideology in a Revolutionary Age: The Guadalajara Church and the Idea of the Mexican Nation, 1788-1853

A nuanced examination of the role of the Catholic Church in the making of Mexico as a nation, analyzing primary sources within the broader context of the Enlightenment.

Clerical Ideology in a Revolutionary Age clearly delineates the role of the Catholic Church in the making of Mexico as a nation. It provides a nuanced sense of clerical thought during the turbulent years leading to and following Mexico’s national independence. Connaughton delves deeply into various primary sources from Guadalajara between 1788 and 1853, including printed sermons of high clergymen, contemporaneous newspapers, pamphletry, and pastoral letters.

Analyzing this literature in the broader context of the Enlightenment, Connaughton looks at the Enlightenment’s potentially corrosive ideas, the rise of liberalism, the complex relationship between Church and State, and the spread of secular mentality. With a balanced approach to clerical discourse, this study of the substance, contradictions, and evolution of Church thinking and political posturing in the face of Bourbon Reforms and the rise of liberalism should be required reading for any student or scholar of Mexican history.

Brian Connaughton earned his PhD in Latin American Studies (History) from Universidad Nacional Autonoma de México. He is a professor and researcher at the Universidad Autonoma Metropolitana, Iztapalapa (Mexico City). He has published widely on late eighteenth- and early nineteenth-century political culture and Catholicism in Mexico.

Praise for Clerical Ideology in a Revolutionary Age:

This is an excellent book, as much a landmark study in the history of political thought in Mexico as Bernard Bailyn’s Pamphlets of the American Revolution has been for the U.S. in the eighteenth century.

A significant piece of historical work that deserves a wider, Anglophone audience.