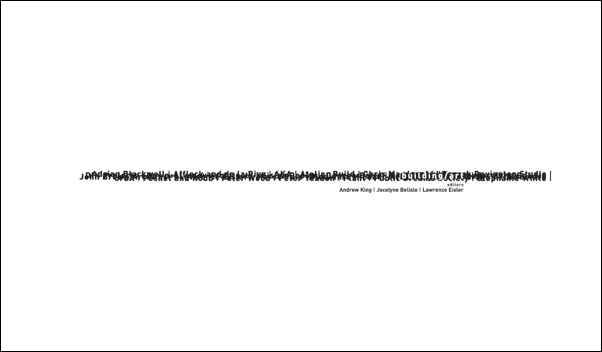 Discover the dynamic relationship between from and function of the city in word and picture.

Building/Art discusses changing ideas about the nature and function of the city as an essential cultural network, one that each of its inhabitants participates in, whether consciously or unconsciously.

The city acts as a backdrop to everyday life and influences the ways in which individuals interact with a greater cultural community. How would life be different for us as individuals if we lived in a different kind of city? What interventions can be made at an architectural level to make our city a more engaging place to live?

In this theoretical discussion and visual display of urbanism, vital connections are made between modernism as an international movement and its manifestations in Canadian architecture. With contributions from experts in diverse fields of inquiry, Building/Art offers a discussion of the dynamic relationship between form and culture in word and picture.

Andrew King is an adjunct assistant professor at the University of Calgary, School of Architecture, Faculty of Environmental Design. He has worked around the world, most notably with Zaha Hadid in London, Tim Hiede in Berlin, and Brian Mackay-Lyons in Halifax.

Jocelyne Belisle is an intern architect who lives and works in Calgary. She graduated from the architecture program at the University of Calgary where she developed a strong interest in strengthening the relationship between the built environment and urban culture in Canadian cities.