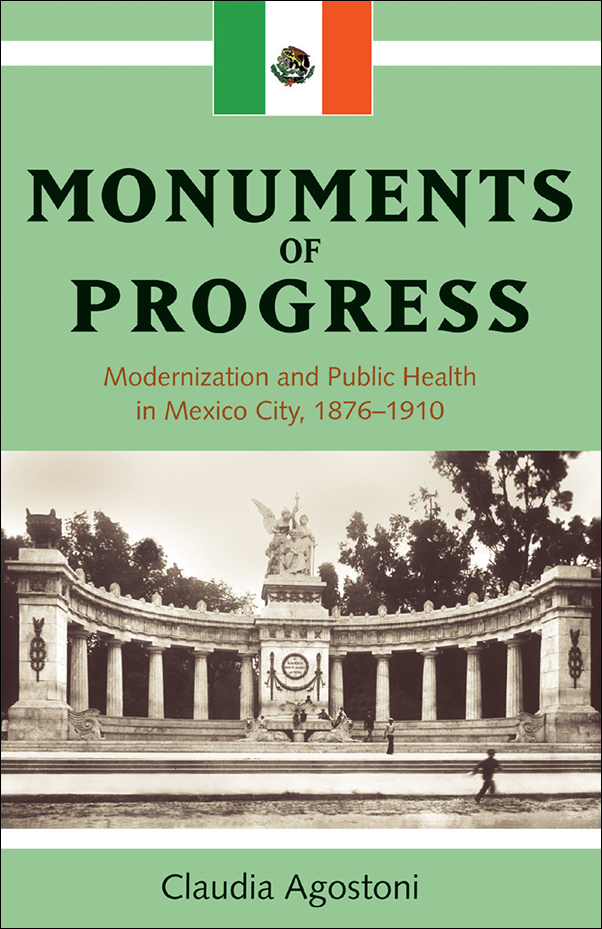 Monuments of Progress: Modernization and Public Health in Mexico City, 1876-1910

In this groundbreaking book, Claudia Agostoni examines modernization in Mexico City during the era of Porfirio D’az.

With detailed analyses of the objectives and activities of the Superior Sanitation Council, and, in particular, the work of the sanitary inspectors, Monuments of Progress provides a fresh take on the history of medicine and public health by shifting away from the history of epidemic disease and heroic accounts of medical men and toward looking at public health in a broader social framework.

Agostini outlines the relationship between “enlightened” ideals of orderliness and hygiene to Mexican initiatives in public health. The implementation of new health policies and programs were of utmost importance for the symbolic legitimization of Porfirio D’az’s long-lasting regime (1876-1910), which emphasized modernization over individual rights and liberties.

Claudia Agostoni is a researcher at the Instituto de Investigaciones Hisóricas, at Universidad

Praise for Monuments of Progress

Until now there has been no adequate English-language study of the fascinating history of Mexican public health before the 1910 Revolution . . . The author makes a valuable effort—with few precedents in Latin American historiography—to link environmental, urban, and public health histories.

—Marcos Cueto, Bulletin of the History of Medicine

This book is well written and well organized . . . very interesting and useful.

A solid, interesting contribution to the history of Mexico.