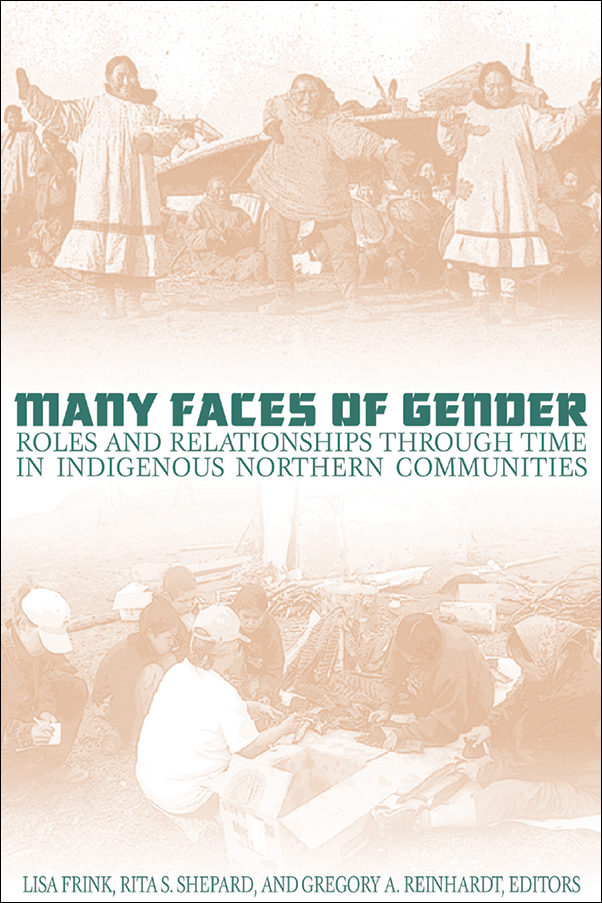 Many Faces of Gender: Roles and Relationships through Time in Indigenous Northern Communities

Challenging the widespread perception that Indigenous gender roles are “frozen in time,” this interdisciplinary volume develops new methodological and theoretical approaches through careful examination of prehistorical, historical, and modern records.

Many Faces of Gender is an interdisciplinary volume that addresses the dearth in descriptions and analyses of gender roles and relationships in Indigenous societies in North America’s boreal reaches. It complements existing conceptual frameworks and develops new methodological and theoretical approaches that more fully articulate the complex nature of social, economic, political, and material relationships between indigenous men and women in this region.

The contributors challenge the widespread notion that Indigenous women’s and men’s roles are frozen in time, a concept precluding the possibility of differently constructed gender categories and changing power relations and roles through time. By examining the prehistorical, historical, and modern records, they demonstrate that these roles are not fixed and have indeed gradually transformed.

Many Faces of Gender is ideal for anthropologists and archaeologists interested in cross-disciplinary studies of gender, households, women, and lithics.

Lisa Frink is a member of the Anthropology department at the University of Nevada, Las Vegas.

Rita S. Shepard is co-ordinator of education outreach and a research associate at the Costen Institute of Archeology at UCLA.

Gregory A. Reinhardt is professor of anthropology at the University of Indianapolis.

Praise for Many Faces of Gender

Fascinating to read . . . the mix of archaeological and ethnographic studies makes it a fine example of anthropology’s holistic approach.