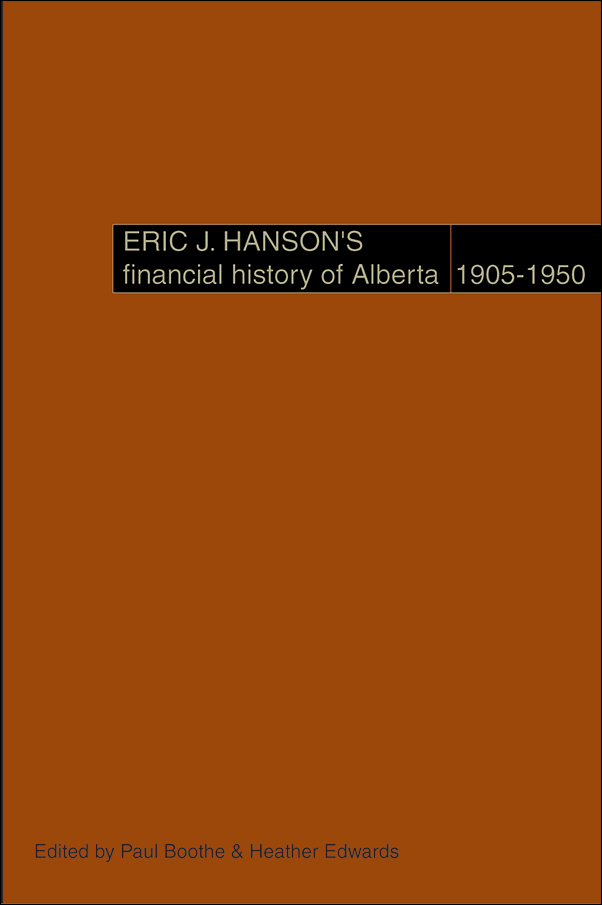 Eric Hanson was Alberta’s first, and arguably greatest, economist wrote a number of influential books on federal-provincial relations, education finance, health care finance, and energy economics. In 1949, he took a leave from the University of Alberta, where he was a lecturer, to write his PhD at Clark University in Worchester, Massachusetts. His doctoral thesis was entitled A Financial History of Alberta, 1905-1950, and was found by Paul Boothe at the University of Alberta library while Boothe was doing research on Alberta government spending almost forty-five years after it was written.

Upon reading the thesis, Boothe quickly became aware of the enormous value of Hanson’s work as a source of data and as a chronicle of Alberta’s history. This forgotten gem sheds light on the institutional, economic, and public development of the province from a financial perspective and documents many of the early financial decisions of the Alberta government, including the railway scandal, the rise of Social Credit, and the province’s default in the Great Depression.

Paul Boothe is author of numerous books, articles, and monographs, including The Growth of Government Spending in Alberta and, recently, Deficit Reduction in the Far West. He teaches in the Department of Economics at the University of Alberta and is a fellow of the Institute for Public Economics and the C.D. Howe Institute.

Heather Edwards holds a BA in English and Political Science from the University of Alberta and an MA from the Norman Paterson School of International Affairs.

[A] readable and informative account of Alberta’s historical and sometimes hysterical financial past.