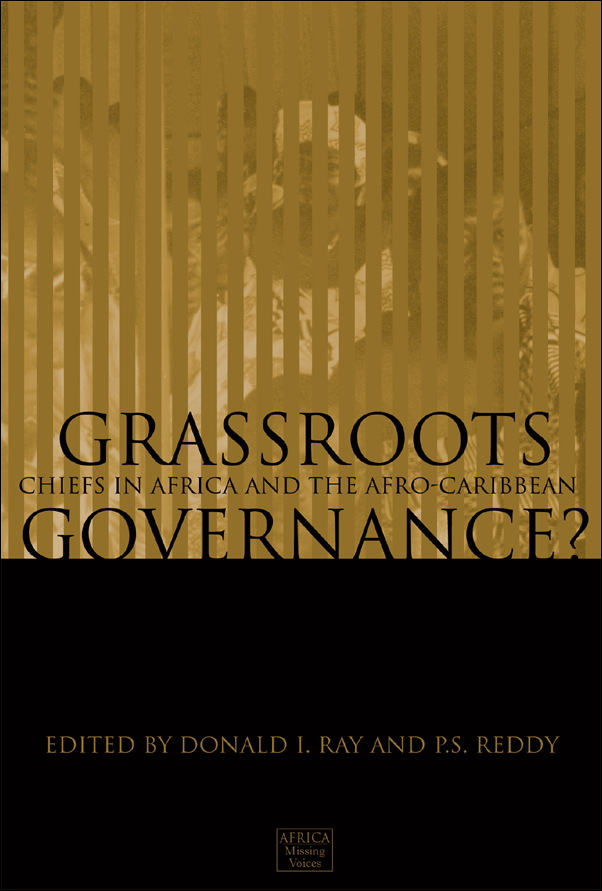 Grassroots Governance?: Chiefs in Africa and the Afro-Caribbean

Edited by Donald I. Ray and P. S. Reddy

Bringing new perspectives to the role of traditional leadership within democratic systems of local government from a cross-disciplinary perspectives, Grassroots Governance? establishes a baseline for best practices in Africa and the Afro-Caribbean.

Traditional leadership is a factor that has long been overlooked in evaluations of rural local government in much of contemporary Sub-Saharan Africa.

Grassroots Governance? is an interdisciplinary and intercontinental collection that addresses this gap in African scholarship and brings new perspectives on the integration, or reconciliation, of traditional leadership with democratic systems of local government.

Articles from the fields of political science, law, postcolonial studies, anthropology, cultural studies, and policy and administrative studies establish a baseline for best practice in Africa and the Afro-Caribbean while taking into account the importance of traditional leadership to the culture of local governance.

Case studies are drawn from Ghana, South Africa, Botswana, Lesotho, and Commonwealth countries in West, East, and Southern Africa, as well as Jamaica.

Donald I. Ray is a professor in the department of political science at the University of Calgary. He is also the International Coordinator of the Traditional Authority Applied Research Network (TAARN).

P.S. Reddy is a professor in the School of Governance, University of Durban-Westville, Durban, South Africa. He is currently the project director of the Working Group on Local Governance and Development of the International Association of Schools and Institutes of Administration (IASIA), headquartered in Brussels.