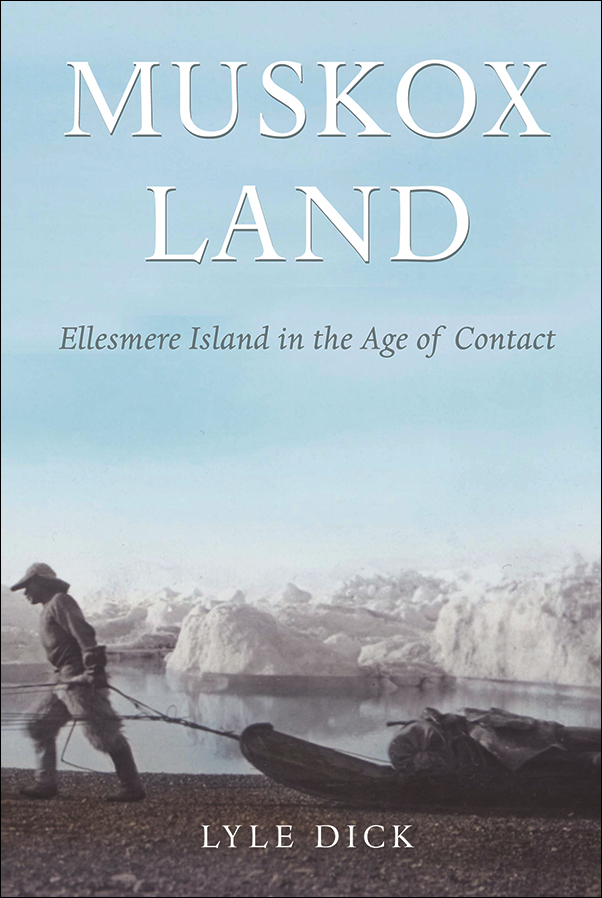 Muskox Land: Ellesmere Island in the Age of Contact

Critical forces of culture and nature collide in this comprehensive history of Ellesmere Island in the age of contact, winner of the Harold Adams Innis Prize from the Federation for the Humanities and Social Sciences.

Surveying the nineteenth and early twentieth centuries, Lyle Dick presents an impressive treatment of European-Inuit contact in the High Arctic (the area of what is now the Quttinirpaaq National Park) while considering the roles of the natural environment and cultures as factors in human history. As he charts the dynamic interplay between change and continuity in this forbidden land, Dick unravels the complexities of cultural exchange and human relationships to the Arctic landscape.

Lyle Dick is the West Coast Historian for Parks Canada and president of the Canadian Historical Association. He has published extensively in the fields of Arctic history, western Canadian history, and historiography. Lyle Dick has also received numerous awards for endeavours and accomplishments in his chosen fields.

The broad sweep of this book is most impressive, and the scholarship is outstanding . . . [it] is a treasure trove of information, and it is strongly recommended that it should be read—and read again—by all interested in the Canadian Arctic in general and in its Native people.

A significant contribution to Arctic history and anthropology . . . The inclusion of aboriginal voices to the pre-eminent Euro / American / Canadian histories is a welcome reprieve

Muskox Land is a sprawling, impressive contribution to the understanding of northern Canadian history. Prepared with a sharp eye for contemporary historiographical trends and abundant narrative detail, this study of Ellesmere Island provides an unusually rich and complex description of the evolution of human activity in a part of the country that few Canadians give more than a passing thought

There is no other work which delves with such depths into this subject. Muskox Land is a must for anyone who has every visited or worked in the Eastern High Arctic