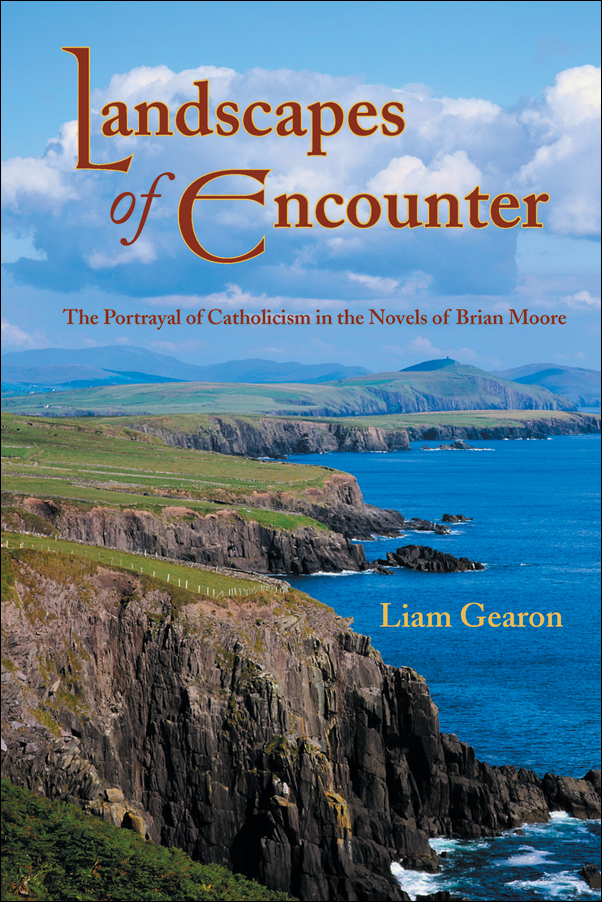 Landscapes of Encounter: The Portrayal of Catholicism in the Novels of Brian Moore

The only full treatment of the work of novelist Brian Moore as theological and ideological literary convergence, drawing on Moore’s position as one of the great observers of Catholicism to explore a religion in constant encounter with differing worldviews.

Brian Moore (1921-1999) is one of the few novelists whose literary portrayal of Catholicism effectively spans the period prior to and following the Second Vatican Council. His novels—from 1955’s Judith Hearne to his final work, 1997’s The Magician’s Wife—are characterized by an enormously varied portrayal of pre- and post-Vatican II Catholicism. Many critics have discussed how Moore’s life is reflected in his works, while others have dismissed his fictions as simple narratives in the mould of classical realism.

In this book, Gearon contends that Moore’s fictions are far more complex, as he was one of the great observers of Catholicism in all its modern and historical controversy. Moore’s writings thus portray a world where religion is in constant encounter, and often conflict, with alternative cultural, ideological, and theological worldviews.

Landscapes of Encounter provides the only full treatment of Moore’s work as a literary convergence of the theological and the ideological, and specifically as a convergence of post-Vatican II and post-colonial perspectives.

Liam Gearon holds a University Lectureship in Religious Education at the Oxford University Department of Education and a Senior Research Fellowship at Harris Manchester College. He has published widely in the fields of religion and literature, including the critically acclaimed edited work, English Literature, Theology and the Curriculum.

Praise for Landscapes of Encounter

[An] exemplary analysis of religion and literature in the works of a relatively neglected but important novelist.

An outstanding piece of interdisciplinary scholarship.