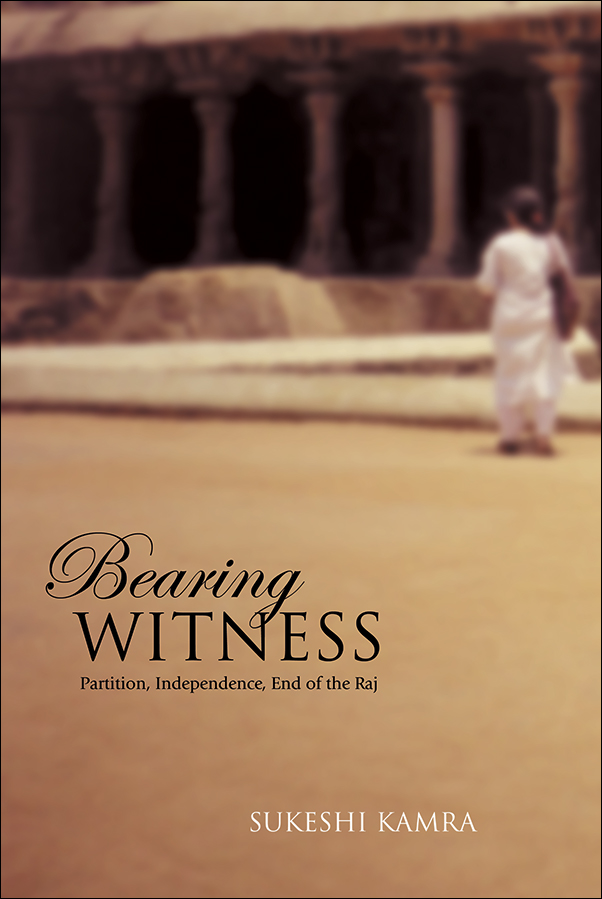 Drawing on a fascinating array of primary sources, Bearing Witness brings nuance and complexity to the historical moment of the creation of India and Pakistan and its memory as the end of the Raj and Partition.

August 14/15, 1947, reverberates with meaning for Indian and Pakistani people. The date does more than mark the “independence” of India. This momentous time marks the birth of two nation states, India and Pakistan, and is fixed in the memory of many as Partition and end of the Raj.

Bearing Witness attempts to nuance this historical moment by considering contemporary and post-event responses to Partition, which Indians and Pakistanis have inherited as one of uncontested significance. From testimonials and speeches by Jinnah and Nehru to fictional and non-fictional accounts by Indians and the British, and political cartoons that appeared in English newspapers at the time, Kamra offers an inductive study of primary texts that have been ignored until now. The book studies the three groups most affected by the events of 1947: the British, for whom this was the beginning of exile; the Indian elite, for whom the moment was a rite of passage; and the survivors of Partition, for whom the event is inextricably linked with trauma and loss of home, family, and community.

Author Sukeshi Kamra asks, “Why do we not consider these valid and contesting readings in the teaching and learning of our history? Not doing so means that testimonials to Partition, such as narratives of trauma, autobiographies as ‘personal’ statements on a ‘public’ moment, and political cartoons as a minute-by-minute construction of history have yet to be considered.”

Sukeshi Kamra is associate professor in the department of English at Carleton University. She has also published articles on Salman Rushdie and Rohinton Mistry.

A new and important discussion about a stupendously significant moment in the history of modern India and a notable contribution to the field of modern Indian history as well as post-colonial literary criticism.