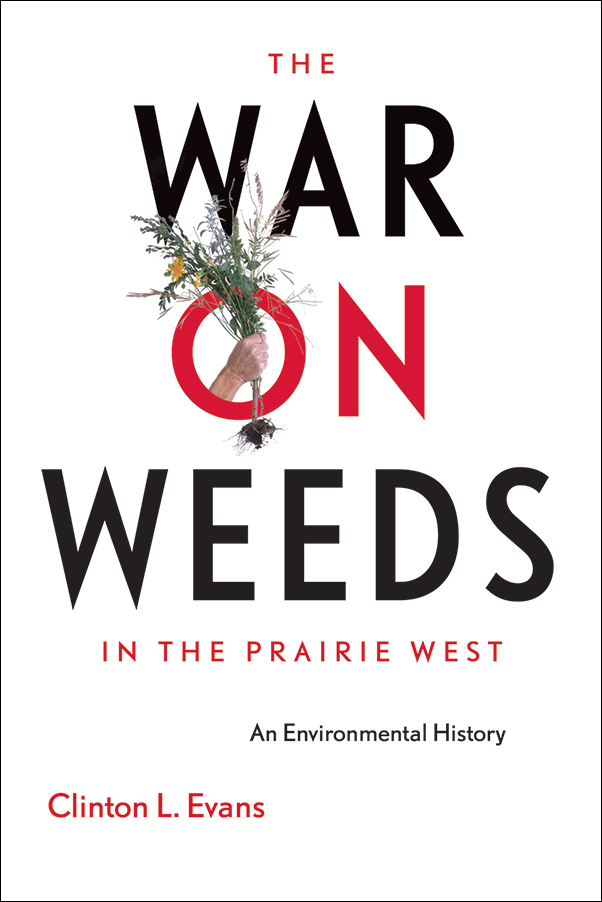 The War on Weeds in the Prairie West: An Environmental History

Where do weeds come from? Historian Clint L. Evans traces four centuries of weed history and the ecology, biology, legislation, and science of the never-ending war on weeds.

Despite the fact that fighting weeds was of paramount importance to the agricultural development of Canada, there has scarcely been any research on understanding the origins and history of these lowly plants. Finally, historian Clint Evans gives weeds the attention they deserve.

In this ground-breaking study, which spans four centuries of weed history, Evans focusses on the evolution of the relationship between people and weeds in the formative years of western Canada. This book documents the arrival of weeds with seed from England in the sixteenth century, how these foreign seeds survived and thrived on the plains of North America for centuries to come, and governmental perceptions and legislations against weeds.

Highlighting topics such as weed biology and ecology, noxious weed legislation and “weed science,” Evans considers the delicate connections between human culture and the natural world. Energetic and accessible, The War on Weeds in the Prairie West is the first full-blown environmental history of weeds in western Canada.

Clint L. Evans, a self-employed historical consultant, traces his interest in weeds back twenty years to his days as an agriculture student. He worked in the weed control industry, explored for minerals in northern British Columbia, and taught at Okanagan University College in Kelowna.

Praise for The War on Weeds in the Prairie West

Bound to stimulate interest and reaction . . . for those with an interest in agriculture, or in the socioeconomic, political, and environmental dimensions so tightly linked with the transformation of North America’s grasslands to cropland, this book is well worth it’s price of a few bushels of wheat.

Evans successfully webs together a mass of scientific, historical, and ecological information . . . a book that has the merit of finally taking into account actors that Canadian agricultural history has so far silenced.