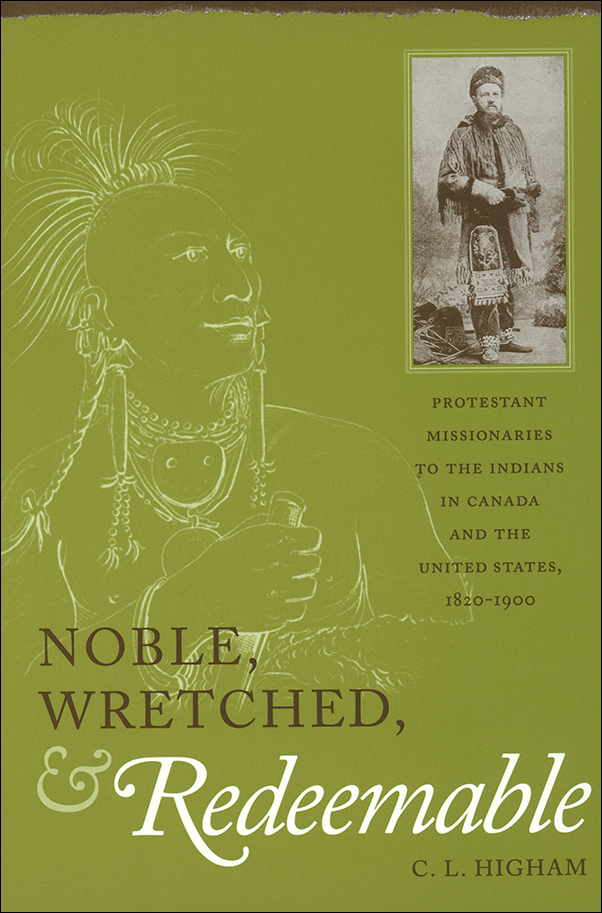 Noble, Wretched and Redeemable: Protestant Missionaries to the Indians in Canada and the United States, 1820-1900

This important and original book examines the relationship between stereotypes of Native peoples and institutional change on the missionary frontiers of nineteenth-century Canada and the United States. Using case studies of Protestant missionaries, Carol Higham demonstrates how corporate missionary societies, governments, and secular scholarly institutions encouraged and rewarded the creation and dispersion of specific Native stereotypes.

This innovative discussion alternates between differences and similarities on both sides of the Canada-U.S. border. Higham has dug deeply into the publications of the Protestant missionary societies and also the private papers and many fictional and nonfictional works the missionaries left behind to produce this volume, which will be invaluable to the reader/researcher in cross-border studies.

Carol L. Higham is a visiting professor of history at the University of North Carolina, Charlotte.

Praise for Noble, Wretched, and Redeemable:

Drawing on more than eighty sets of private papers, the publications of nine mission societies, and nearly a hundred fictional and non-fictional works by missionaries and their families, Higham sufficiently demonstrates how representations of Aboriginal peoples were crafted by missionaries, being little influenced by denomination, personality, or the uniqueness of the people among whom they worked.

Makes a significant contribution to the emerging field of the Canadian and American Wests in comparison and it is a welcome addition to this growing body of literature.