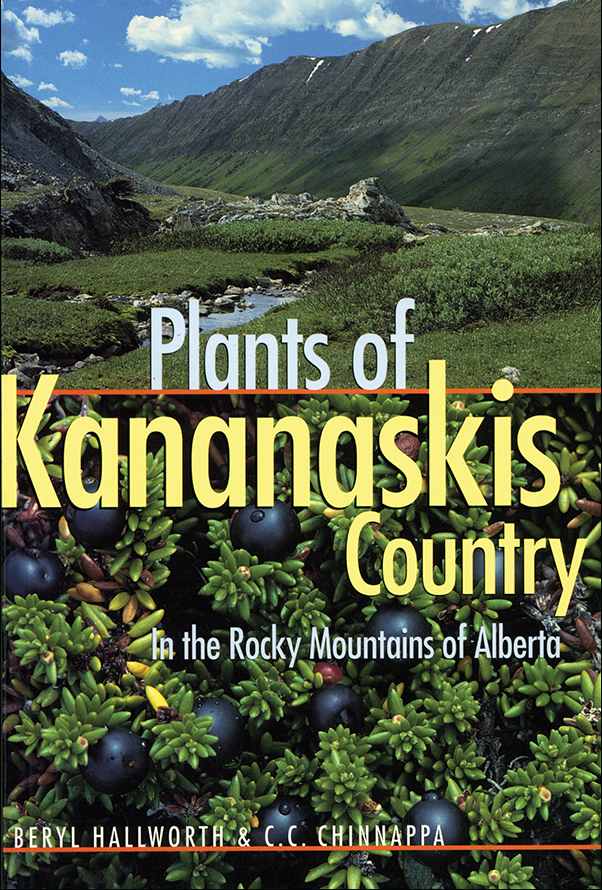 Plants of Kananaskis Country in the Rocky Mountains of Alberta

The flora of the Rocky Mountains is spectacular, displaying its changing aspects throughout the growing season. As the snow cover melts back up the mountain slopes, the wildflowers spread their carpet through the forests, across the subalpine meadows and into the alpine regions.

Kananaskis Country was established primarily for nature conservation and recreation. It contains three provincial parks with facilities for swimming, fishing, camping, hiking, and the general enjoyment of nature. The southernmost park, Peter Lougheed Provincial Park, includes several lakes and a large section of mountain wilderness with snow-covered peaks and glaciers. It is a “multi-use recreation area,” offering the visitor a choice of hiking and interpretive trails.

Sprawling across Alberta’s prairies and foothills to the heights of the Rockies, Kananaskis Country is home to a particularly rich diversity of plant life. Plants of Kananaskis Country describes in detail 423 of the most significant, identifiable or characteristic species of this region and refers to many other species. Beryl Hallworth and C.C. Chinnappa also provide an authoritative overview of this region, including information on its climate, geology, and vegetation zones and important notes on the history of human use of these plants.

Beryl Hallworth was a botanist, teacher, curator, and naturalist associated with the Department of Biological Sciences at the University of Calgary.

C.C. Chinnappa is professor of botany and curator of the herbarium at the University of Calgary. He has published over a hundred scientific papers on biosystematics, cytogenetics, palynology, and embryology of plants.