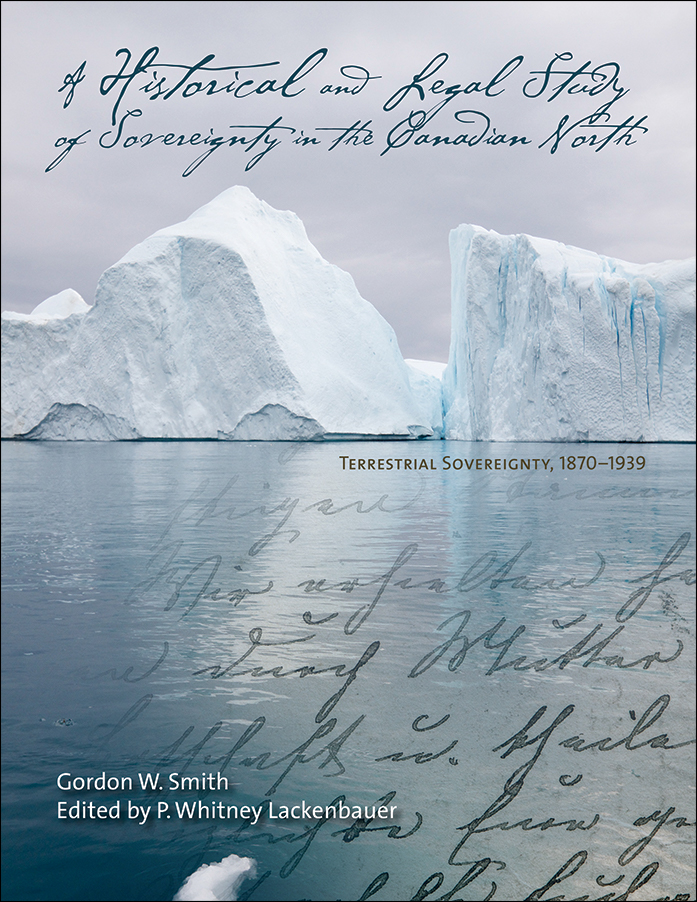 A Historical and Legal Study of Sovereignty in the Canadian North: Terrestrial Sovereignty, 1870-1939

Researched and written over decades, this multiple-award winning book brings Gordon W. Smith’s unpublished opus on northern sovereignty to the public for the very first time.

Gordon W. Smith, PhD, dedicated much of his life to researching Canada’s sovereignty in the Arctic. His 1952 dissertation from Columbia University, “The Historical and Legal Background of Canada’s Arctic Claims” remains a foundational work on the topic, as does his 1966 chapter “Sovereignty in the North: The Canadian Aspect of an International Problem” in R. St. J. Macdonald’s The Arctic Frontier.

A Historical and Legal Study of Sovereignty in the Canadian North is the first in a project to edit and publish Smith’s unpublished opus—a manuscript on sovereignty and related Law of the Sea issues. Researched and written over three decades, this comprehensive and thoroughly documented study offers important insights into evolving understandings of Canada’s sovereignty from the original transfers of the northern territories to the young dominion through the start of the Second World War.

With Arctic issues once again at the forefront of public debate, this invaluable resource —available to researchers outside of government for the first time—explains how Canada laid the historical and legal foundations to support its longstanding, well-established sovereignty over Arctic lands.

About the Author and Editor

Dr. Gordon W. Smith (1918-2000) was a historian who spent his early career as a professor in Canada, the West Indies, and Africa. He devoted the last twenty-five years of his life to researching and writing the international history of the Canadian Arctic.

P. Whitney Lackenbauer is Associate Professor and Chair of the Department of History at St. Jerome’s University in Waterloo, Ontario, and the author of numerous books, including The Canadian Rangers: A Living History (2013), and co-author of Arctic Front: Defending Canadian Interests in the Far North, which won the Donner Prize in 2009.

One of the most comprehensive and detailed histories of Canada’s Arctic sovereignty.

Few are as well placed as Lackenbauer to bring this historical study into the current conversation, and his work here is evidence of that.

—Elizabeth B. Elliot-Meisel, The International Journal of Maritime History

[This] book has a place on many Canadian (and other) bookshelves for an enduring contribution to our conception of the Arctic.