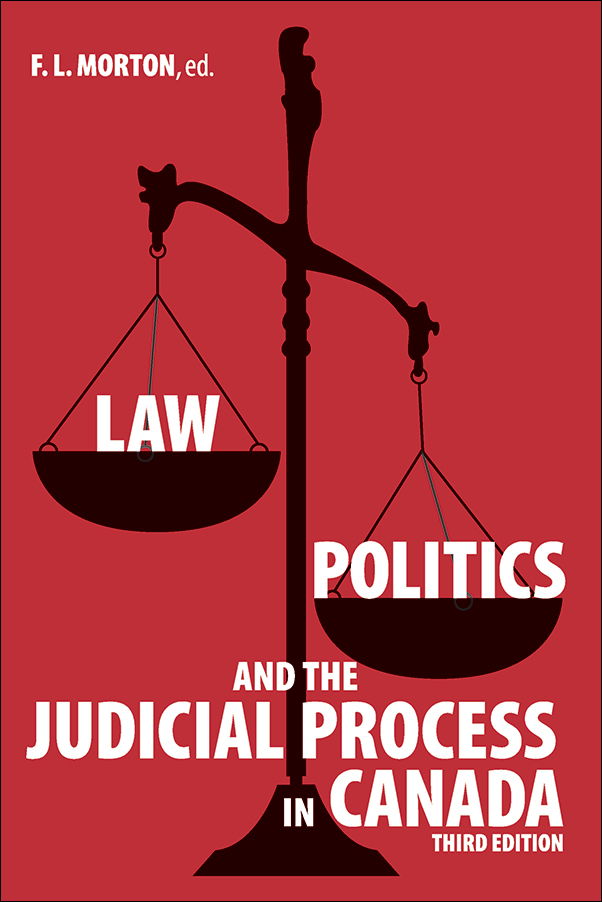 Law, Politics and the Judicial Process in Canada, 3rd Edition

The third edition of this popular text, first published in 1984, features a new introduction and new readings adressing current issues in Canadian law and politics.

Since the first edition of this popular textbook appeared in 1984, the Charter of Rights and Freedoms has transformed the role of the courts in Canadian politics. The book introduces students to issues raised by the new political role of Canadian judges. The revised and updated third edition features new introductions and new readings that deal with current issues in the realm of Canadian law and politics.

Frederick Lee Morton is Minister of Energy in the Alberta legislature.

Praise for Law, Politics, and the Judicial Process in Canada

—Albert Kiralfy, The International and Comparative Law Quarterly (on the first edition)

A useful and comfortable introduction to Canadian jurisprudence and scholarship.

This collection of materials, and the explanatory notes that bind it together, constitute a welcome addition to Canadian law teaching materials.

Law, Politics, and the Judicial Process in Canada is a collection of readings for a course dealing with the judicial process. As a ‘coursebook’ it is in essence a portable library . . . at the beginning of each chapter there is an introductory note by the editor. These are well written and add to the readings, rather than mealy introduce them. A pioneer in its field.